How Diet and Nutrition Impact a Child’s Learning Ability

How Diet and Nutrition Impact a Child’s Learning Ability

Read why good diet and nutrition is important for high student performance.
While the intake of food is vital for proper performance, many of the widely available and popular foods in schools today are actually
hindering children’s abilities to learn. Loaded with sugars, caffeine, chemicals, and sodium, many popular menu items are leaving kids tired, unfocused, jittery, and sick—which not only impact students’ grades and performance, but also influences their behavior and moods.
Lack of Energy and Focus
According to the Society for Neuroscience, recent studies reveal that diets with high levels of saturated fats actually impair learning and memory. Unfortunately, foods with saturated fats are often the most affordable and widely available in schools. French fries, sugary desserts, cheeseburgers, chicken nuggets, and other cafeteria staples are filling kids with food that actually lower their brain power before sending them back to class.
One of the theories that explain the link between saturated fats and brain power is the effects of glucose and sugars in the higher-fat foods. Essentially, glucose comes from carbohydrates, and while glucose is vital for energy, foods that are too high in glucose actually cause a body’s energy levels to drop. As glucose is ingested, the body releases insulin in order to process the newly acquired foods. Normally, after a healthy meal, glucose levels should rise slightly, and a body should feel energized after taking in nutrition.
This video gives a brief explanation of the benefits of a nutritious breakfast.
Today, however, children and adults with high-glucose diets experience a post-food “crash,” wherein the glucose intake is so high that the body begins to shut down as it processes all of the food. Popular meals in cafeterias for kids often include white and refined breads, fried foods, sugary sweets, and sodas; all of these meal options cause an incredible drop in energy, leading to a terrible drop in energy, focus, and successful mental performance. A regular diet of high glucose can result in damage to kidneys, eyes, blood vessels, and nerves. And while these side effects are serious, high glucose also causes irritability, lethargy, and a lack of focus.
Food Deprivation and Malnutrition
Today, it is estimated that one out of three kids is overweight; surprisingly, both overweight and underweight kids in America may be deemed as malnourished. A lack of proper food intake is known as malnutrition/malnourishment, and it does not only imply that there is a lack of food; moreover, malnutrition signifies a lack of
nutrients.
Therefore, while most American children may be taking in a great deal of calories, they may not be taking in any essential vitamins, nutrients, and minerals. This lack in vitamins and minerals leads to detrimental side-effects, according to Mary Gavin from the Nemours Foundation. Children with insufficient diets are reported to have more problems with health, academic learning, and psychosocial behavior.
Malnutrition can result in long-term neural issues in the brain, which can impact a child’s emotional responses, reactions to stress, learning disabilities, and other medical complications. In a specific study, researchers Margaret Lahey and Shari Rosen discovered that, “Malnourished children […] were found to have delays in vision, fine motors skills, language skills and personal-social skills.” Recently, researchers also discovered that 1/3 of surveyed adolescents actually reported poor food habits, chronic illnesses, and lower school achievements. While foods are often readily available for kids, the foods are actually
inhibiting their development. Not only are unhealthy foods proven to impact academia, but research also proves that a poor diet also impacts a child’s attitude and behavior, both in and outside of school.

A Plan to Improve – Research for Lunch Programs
With widespread concern about student performance and health, an initiative called “The Healthy Schools Program” is being incorporated into both public and private schools across the country. The program establishes concrete actions to create healthier school environments by examining systems, policy, school meals, health education, and school programs. With studied standards and incredible support, according to the Alliance for a Healthier Generation, “The criteria have been through a scientific review process led by experts at the American Heart Association and the Healthy Schools Program Expert Panel comprised of professionals from numerous national health and education organizations.”
This short video explains how school lunches are becoming more nutritious.
Implementing this program, many schools are banning fast foods, French fries, and chemically processed menu options. Instead, schools are serving whole-grain breads, fruits, vegetables, salads, and lean proteins. Since natural and unprocessed foods provide kids with a lower intake of glucose, kids are leaving the lunchrooms now feeling more energized, less lethargic, and more able to focus. Furthermore, one school with the “Healthy Program” also reported that after serving healthier foods, there was “no discipline problems, no acting out, no violence to speak of,” according to Mercola.   Also, since the studied implementation of healthier school plans in 1997, the “Healthy Schools” across the country report lower incidences of dropouts, expulsions, drug use, weapons, and fighting, with a simultaneous rise in student performance, as grades have also improved and gone up at these schools.

A Plan at Home

To promote healthy eating and brain function outside of school, parents should provide their kids with smaller meals and snacks every three to four hours. Reports reveal that after just thirty minutes, feelings of fatigue and stress drop after a nutritious snack or meal. Providing children with an intake of healthy glucose boosts their energy and improves their focus.
Here are some suggestions for preparing nutritious school lunches for your children.
Healthy meals and snacks should consist of natural fruits and vegetables, whole grains, and lean proteins, such as chicken, fish, nuts, and eggs. Also, specific vitamins can be incorporated to target definite functions. For example, to improve memory, individuals should invest foods rich in lecithin, such as peanuts, soy beans, and wheat germ. Potassium also aids in energy and brain functioning, and can be derived from oranges, bananas, apricots, avocados, melons, peaches, and nectarines. Avoiding processed foods, and incorporated natural fare into a daily diet will ultimately promote a healthier body, behavior, and brain power.

Patient education: Diet and health (Beyond the Basics)

Bad Foods That Are Good for Weight Loss 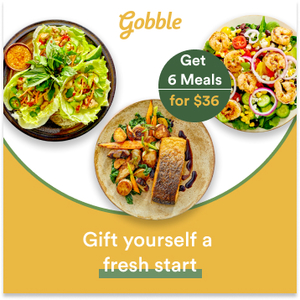