Could You Be Eating These Foods Wrong

Could You Be Eating These Foods Wrong

Yes, eating healthy means choosing the right foods, but that’s only part of it. For example, the skin of many fruits and veggies (or just under it) is where a lot of the vitamins and minerals are, so when you peel it off, you’re missing out. Find out what you can do to get the most nutritional value out of what you put in your mouth.

Steam it. That’s the best cooking method if you want to get the most bang per bite. Boiling, microwaving, and stir-frying all break down more vitamin C, chlorophyll, proteins, and other nutrients. And the shorter the cooking time, the more nutrients you save. To add flavor, dress up steamed broccoli with a little olive oil, sea salt, and lemon juice.

When cooled to room temperature or chilled in potato salad, they’ll have more “resistant starches,” which take longer to digest. These help keep your gut healthy and may lower your chances of obesity, colon cancer, and diabetes.

In just around 75 calories, one egg gives you about 6 grams of high-quality protein, all nine of the essential amino acids your body needs, and lots of vitamin D (which is hard to get from food). But all that goodness gets offset when you cook it in fat and add a pile of pancakes dripping in butter and syrup with a side of bacon and hash browns. Try your egg poached with some sauteed spinach, or hard-boiled on whole-grain toast.

Bottled water is fine for staying hydrated, but it probably doesn’t have enough of one important ingredient to keep teeth strong and help prevent tooth decay: fluoride. The stuff from your tap usually does. Almost all dental and public health organizations support adding the mineral to public drinking water. The CDC calls it a top-10 achievement for public health in the 20th century.

Turn it into sauerkraut or kimchi. Fermented foods like this, made when bacteria feed on sugars in the vegetable, have natural probiotics that nourish the bacteria in your gut. They may help protect against cardiovascular disease, cancer, and diabetes. (But if you’re concerned about heart health or high blood pressure, sauerkraut has more sodium than raw cabbage.)

Better to chew your fruit and drink water when you’re thirsty, especially if you’re already overweight or have diabetes. Even 100% pure juice loses nutrition when it’s processed. Juice also doesn’t have the fiber that gives you a feeling of fullness and slows the absorption of sugar into your system. Regular sugar spikes from fruit juice can lead to health problems like diabetes, obesity, and liver damage.

You don’t want to cook them twice. Canning is a surprisingly good way to keep the nutrition and freshness in your veggies, but they do get cooked in the process. So after you take them out, you only need to heat them long enough to warm up again. Longer than that can damage flavor, texture, and nutrients.

It’s a great source of protein, omega-3 fatty acids, vitamin B12, niacin, zinc, and iron. The problem is that it can also be loaded with saturated fat, which should only make up a small part of your diet. Choose lean cuts, and trim all the fat you can see off your meat before you cook it.

Along with the caffeine boost you get, its antioxidants help protect your cells. It can be a low-calorie choice instead of sugar-sweetened soft drinks — but only if you avoid the syrup, sugar, and cream added to some coffees. Stick with the basic brew, and pass on the “double-caramel-frappe-mocha-latte-chino” served in a bucket-sized cup.

Overcooked pasta gets mushy and has a higher glycemic index (GI), which means your body absorbs the carbs faster. Slightly springy “al dente” pasta tastes better and is better for you. Drain it soon after it loses the outer crunch, even if there’s still a trace of darker yellow inside. The type of pasta will affect its cook time. Start testing for doneness before the earliest time recommended on the package.

The powerful antioxidant lycopene found in tomatoes helps protect against cancer, heart disease, stroke, and other problems. And it’s easier to get from cooked (think canned tomatoes and long-simmered sauces) rather than raw fruits. However you eat them, add a little olive oil: The fat helps your body absorb the phytonutrient.

Even though you aren’t going to eat the rind of this melon, you should give it a good scrub with a produce brush before you slice into it. You want to get rid of dirt and bacteria that could be trapped in the rough skin, so you don’t spread germs onto the flesh as you cut. Unlike other fruits, there’s not enough natural acid to kill them off. Keep whole cantaloupe as well as the pieces in the fridge.

The idea that it can help protect your health appears to be true — in moderation. More than a drink a day for women, two for men, sends the effects in the other direction, though. Heavy drinking can damage the liver and heart, harm an unborn child, and make you more likely to get some kinds of cancer.

Apple Cider Vinegar: Myths and Facts About Benefits and

What is a balanced diet, anyway? 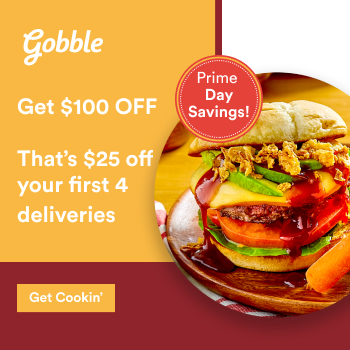